Don’t Let Your Past Direct Your Future 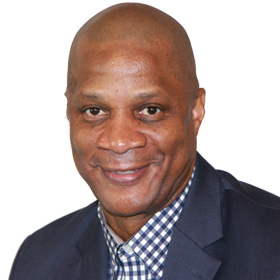 Trust in the Lord with all your heart,
and do not lean on your own understanding.
In all your ways acknowledge him,
and he will make straight your paths.
—Proverbs 3:5–6

In the sport of baseball, a player’s mental approach to the game can largely determine success or failure. When competing against the most skilled and athletic players in the world, a competitive advantage often is achieved more by what’s going on between the ears than between the lines on the field.

As a major leaguer, I tried to approach each at bat or each play in the field as a new opportunity to succeed. That meant my previous at bat or last 20 at bats, for better or worse, should have no bearing on my focus and outlook for success in the moment at hand. Each at bat as well as the next play in the field should stand on its own as a moment of truth. I literally had to renew my mind from pitch to pitch. Otherwise, the disappointment, frustration, or elation from one pitch, catch, swing, or throw to the next could distract me from being my best during the next opportunity.

The ability to refocus my mind in the course of a game propelled me to deliver some big moments for my team. In the 1986 National League Championship Series between the New York Mets and Houston Astros, determining who would go to the World Series, my batting average was a paltry .227. In fact, I struck out 12 out of 22 at bats.

After amassing 27 home runs and 93 RBIs in leading the Mets to 108 victories during the regular season, I could have gotten discouraged about this playoff slump, but thinking about my past failures at the plate would only have distracted me in the present and further compromised my struggling swing. Instead, I embraced each at bat as the next opportunity for success.

In game three of the series, I hit a three-run homer to tie the score in a game we eventually won. And in game five, I hit a 94-mile-per hour fastball from Hall of Fame Pitcher Nolan Ryan over the right field fence in Shea Stadium to tie the game. That homer is the most special of my career because it came off Ryan, who pitched a record seven no-hitters during his epic career, which spanned four decades. We eventually won that game in extra innings. Then in game six, I hit a double in the 16th inning and scored the go-ahead run as the Mets won the pennant.

Statistically, we shouldn’t have won that series. Astros pitchers held my beloved Mets to the lowest team batting average (.189) of any National League Pennant winner in history. But a renewed state of mind gave me and the Mets new life. In essence, the baseball fundamentals you learn in Little League, such as “always keep your eye on the ball” and “keep your head in the game,” are lessons that serve you well all the way to the major leagues. But the biggest lesson is what I learned after all those strikeouts: “Don’t dwell on past mistakes.”

The apostle Paul teaches this in Philippians 3:13–14: “Brothers, I do not consider that I have made it my own. But one thing I do: forgetting what lies behind and straining forward to what lies ahead, I press on toward the goal for the prize of the upward call of God in Christ Jesus.” 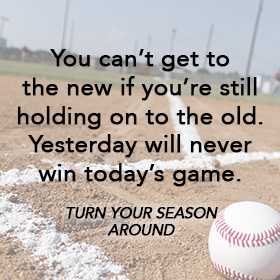 This is winning advice for baseball and life. Every game and every day can be a new opportunity to succeed, develop, and grow even in the midst of mistakes or failure. A 162-game Major League Baseball season can become a grind by mid-to late summer. Add spring training on the front end and the playoffs and World Series on the back end of a season, and I was lacing up the cleats for nearly nine months of the year.

If my baseball coaches said it once, they said it a million times: “Don’t dwell on the past. You can’t get to the new if you’re still holding on to the old. Yesterday will never win today’s game. Focus on the challenge in front of you. You can’t move forward looking backward.”

Hindsight, as they say, is 20/20. And while we should learn from the past, time is too precious and fleeting to stay there. Should have, could have, and would have never accomplished much. The same is true for experiencing new life in Christ. Every day that God gives you and me air in our lungs to take our next breath and commands our heart to beat in rhythm is another day to experience his grace and mercy. 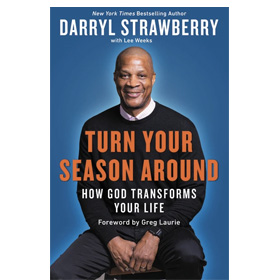 Taken from Turn Your Season Around: How God Transforms Your Life by Darryl Strawberry (with Lee Weeks). Click here to learn more about this book.

For anyone ready to move their life forward, from tragedy, personal failure, unfair circumstances, or just a sense of being stuck, baseball legend and bestselling author Darryl Strawberry offers transformational practices and the tangible hope that you can enjoy a future filled with power, purpose, and freedom.

Darryl Strawberry has seen it all—the highs and lows of an intense career as a Major League Baseball all-star, drug addiction, marriage challenges, prison time, and battles with cancer. With honesty and transparency, Strawberry shares the same foundational principles that transformed his life from the inside out—the power of prayer, cultivating healthy friendships, weathering trials without losing heart, refreshing the way you think, and letting God change your life for good. Ultimately, he’ll help you discover and trust the redemptive process of making small, daily decisions to follow God into a life of faith, health, and freedom.

Strawberry weaves compelling stories from his own life with those of others he met through his speaking and ministry work across the nation. These uplifting testimonies will inspire you with the reminder that God’s power can renew any life, no matter what has happened. With scriptural insights and real-life examples, Strawberry celebrates the miracles God works in us for healing, cleansing, and new beginnings.

Strawberry’s life story is proof that you can overcome life’s adversities one decision, one step at a time. It’s time to turn your season around.

Darryl Strawberry is described as a baseball legend by many who have been dazzled by the dynamics of his game. His many accomplishments in the major leagues include four World Series titles, eight All-Star Game appearances, and a nomination to the National Baseball Hall of Fame in 2004. He has earned the legendary nicknames and phrases of one of the most feared homerun hitters in the game of baseball: Straw’s Sweet Swing, Strawberry’s Field Forever, and The Legendary Straw Man!

Though Darryl was extremely successful in his career, his personal life was plagued with addictions, abuse, divorces, cancer, jail time, and other issues. Darryl finally found true redemption and restoration in Jesus Christ.

Today, Darryl’s purpose and passion is serving the Lord Jesus Christ by traveling the country, speaking a message of hope and restoration through the power of the gospel.

He is the author of numerous books, including the New York Times bestseller, Straw: Finding My Way (with John Strausbaugh), Don’t Give Up on Me: Shedding Light on Addiction with Darryl Strawberry (with Shawn Powell), and The Imperfect Marriage: Help for Those Who Think It’s Over with his wife, Tracy Strawberry. In 2011 Darryl and Tracy founded Strawberry Ministries, and they use their global reach to restore the multitudes through spiritual and practical life applications.

The post Don’t Let Your Past Direct Your Future appeared first on Bible Gateway Blog.