Instead of persecuting prophets who have apologized, we might do better to join them. 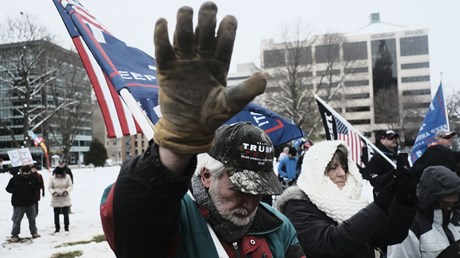 The failed prophecies of Donald Trump’s reelection may have damaged the credibility of the US independent Charismatic wing of evangelicalism more than any event since the televangelist scandals of the 1980s. They have led some outsiders to criticize Christianity itself and rightly call us to introspection.

Don’t misunderstand me: I’m Charismatic myself, and the majority of Pentecostal and Charismatic pastors I know were not paying attention to such prophecies. Millions of online views and shares, though, show that many people were.

The first step toward correcting mistakes is admitting that we have made them. As we approach the inauguration of President Joe Biden, some who prophesied Trump’s reelection remain adamant that they were correct. Perhaps the election was stolen or will be overturned, or in some mystical realm Trump is actually spiritually president. Some just change the subject. Unfortunately, their hardcore followers may settle for that.

Others acknowledge that prophecy must be tested and, by affirming Biden’s win, now tacitly concede that they were wrong. Yet certain prophets have drawn the attention of Charismatics and non-Charismatics alike by publicly confessing that their prophecies were indeed mistaken and extending their apologies.

R. Loren Sandford, Jeremiah Johnson, and Kris Vallotton have recently expressed contrition and even repentance for incorrectly prophesying that Trump would win again in 2020. All three urge us to pray for and work respectfully with the new administration.

Their explanations for how they may have initially misheard God’s word may help in guarding against similar errors in the future. Meanwhile, those of us who might be tempted to tell them, “I …