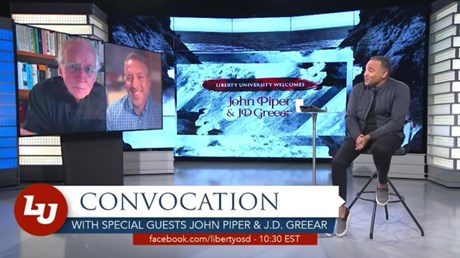 A week and a half before the election, theologian John Piper shared what quickly became one of American evangelicals’ most-talked-about political opinions of the campaign season.

The Reformed Christian leader wrote about the “sins that destroy people” through the “deadly influences of a leader,” arguing faithful Christian voters shouldn’t only be concerned about abortion, but should also stand against “the culture-infecting spread of the gangrene of sinful self-exaltation, and boasting, and strife-stirring.”

Piper did not name specific presidential candidates or parties, but then he clarified online: He would not be voting for either Joe Biden or Donald Trump.

Though he had called the president “morally unfit” in 2017, Piper isn’t in the habit of speaking out about politics or political candidates. His Twitter feed in recent months is almost entirely Bible quotes and Bible commentary. He’s mentioned Trump just a few times in the past couple years, mostly to pray for him in accordance to Scripture.

So it was, in the words of Liberty University spokesman Scott Lamb, “an unfortunate coincidence in timing” that Piper’s contentious reflection on the 2020 election came out a day after he spoke at the Christian college’s weekly convocation.

The now-pulled convocation session was not politically themed. This year marks the 20th anniversary …