About a third experience racism and obstacles to leadership in congregations that value diversity. 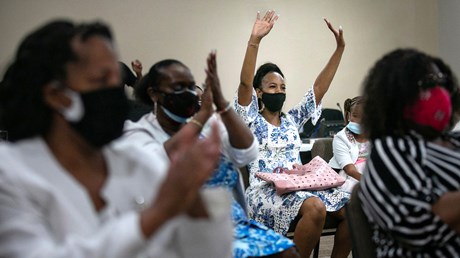 Most practicing Christians believe the church can enhance race relations in this country by welcoming people of all races and ethnicities, new research finds.

The new report, released Wednesday, April 28, by Barna Group and the Racial Justice and Unity Center, examines the views of what researchers call “practicing Christians”—people who self-identify as Christians, say their faith is very important to them, and say they attended worship in the past month.

The research included 2,889 US adults, with 1,364 of them meeting the definition of “practicing Christians.”

Even as the percentage of multiracial churches has dramatically grown, particularly in Protestant churches, there remain divisions on how to address racial justice among Christians as well as a willingness to do so, says the report, titled “Beyond Diversity: What the Future of Racial Justice Will Require of US Churches.”

Emerson, a sociologist and co-author of the 2000 book Divided by Faith: Evangelical Religion and the Problem of …