Did We Get Tammy Faye Wrong?

The late televangelist gets a Hollywood reassessment. 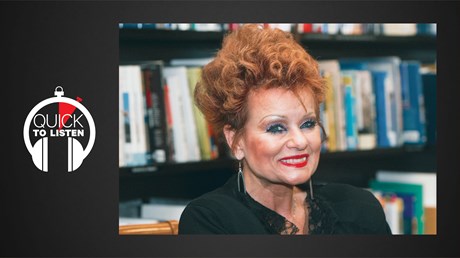 In this third decade of the 21st century, we’ve seen a lot of religious scandals, with Christian leaders abusing their power and position. Too many. Nevertheless, still to this day when you say the words religious scandal—more often than not folks will think of two television personalities of the 1970s and ’80s: Jim and Tammy Faye Bakker.

The “Jim and Tammy” show was the basis of what became a massive ministry and theme park in Fort Mill, South Carolina. It was called PTL, an abbreviation that stood both for Praise the Lord and for People That Love. Then came revelations that PTL had been massively and illegally misusing funds, diverting church funds to pay for their extravagant lifestyle and selling more lifetime vacations at the theme park than the theme park could possibly support. At about the same time, The Charlotte Observer also revealed that Jim Bakker had been engaging in extramarital sex and that ministry funds had been used for hush money. The Assemblies of God kicked them out of the denomination. Jim Bakker went to jail.

During Jim’s imprisonment, the couple divorced. Tammy Faye, meanwhile, became a kind of campy celebrity, appearing in a VH1 reality TV show, hosting a syndicated talk show, and becoming a kind of gay icon. In the year 2000, seven years before her death, a documentary came out called The Eyes of Tammy Faye, narrated by drag queen superstar RuPaul.

Last week, a biopic based on that documentary came out with the same title: The Eyes of Tammy Faye. It’s directed by Michael Showalter, stars Jessica Chastain, and is getting a fair bit of buzz for its highly sympathetic portrayal of Tammy Faye as a misunderstood and maligned Christian woman.