Proof That Political Privilege Is Harmful for Christianity

Our analysis of 166 nations suggests the biggest threat to Christian vitality is not persecution, affluence, education, or pluralism. It’s state support. 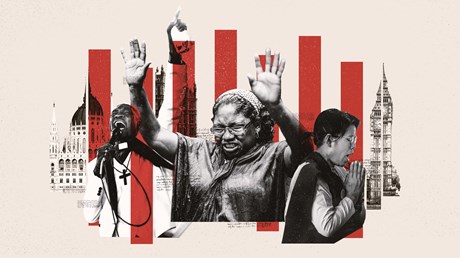 Why is Christianity growing in some countries but declining in others?

For much of the 20th century, social scientists answered this question by appealing to the so-called secularization thesis: the theory that science, technology, and education would result in Christianity’s declining social influence.

More recently, some scholars have suggested the cause is rather the accumulation of wealth. Increasing prosperity, it is believed, frees people from having to look to a higher power to provide for their daily needs. In other words, there is a direct link from affluence to atheism.

In a peer-reviewed study published this month in the journal Sociology of Religion, my coauthor and I challenge the perceived wisdom that education and affluence spell Christianity’s demise.

In our statistical analysis of a global sample of 166 countries from 2010 to 2020, we find that the most important determinant of Christian vitality is the extent to which governments give official support to Christianity through their laws and policies. However, it is not in the way devout believers might expect.

As governmental support for Christianity increases, the number of Christians declines significantly. This relationship holds even when accounting for other factors that might be driving Christian growth rates, such as overall demographic trends.

We acknowledge that our datasets and methodology cannot account for a factor of great importance to Christians: the movement of the Holy Spirit. However, our numerous statistical tests of the available data reveal that the relationship between state privilege of Christianity and Christian decline is a causal one, as opposed to mere correlation.

Our study notes three different paradoxes of the vibrancy …